To accomplish great deeds, you have to pick people with whom you enjoy working (as obvious as it may sound). At Ada Lovelace, human qualities matter as much as expertise. It's part of our success.

In 2002, Vincent Teillet founded the digital agency Care (4 M€ turnover, 25 people-strong). 14 years of working for/with major brands enabled him to measure the impact of 3 game-changing events: the advent of the web 2.0, the launch of Facebook in 2006 and that of the IPhone on June 29, 2007. These events tipped the balance of power in favour of consumers. Ubiquitous and unlimited access to information has irreversibly altered the ways in which we design products and services.
Vincent believes Ada Lovelace can offer brands and organizations the sharpest expertise to realize the benefits of digital transformation. 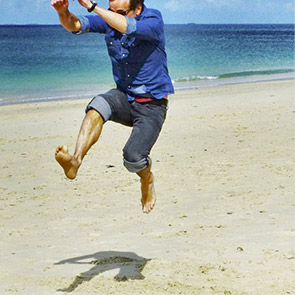 Specializing since 1998 in digital platforms development, Sébastien Noblecourt founded Studio Caramia in 2005. With professional ethics and social responsability in mind, Sébastien strives to offer sustainable technical architecture, stepping away from the all too common notion of "disposable" web platforms. Believing firmly that technique should inspire reliability instead of dependency, he seeks to deliver digital programming that guarantees the solid roots of projects to deploy their potential and advance with flexibility.
Co-founder of Ada Lovelace, he accompanies projects from the earliest stages of inception, keeps an eye out for technical innovations and heads a team of seasoned developers, with whom he shares a vision of a "lasting" digital environment. 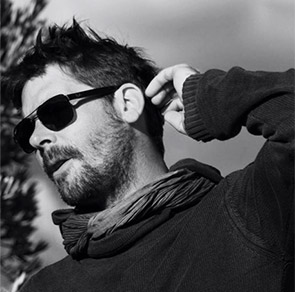 Annabelle Puget is a DE-HMONP architect and ad.school Hasso Plattner Institut certfied design thinker. An architect at an international firm specializing in leisure and commercial facilities, she designs projects that integrate pluridisciplinary approaches to enhance visitor experience. Spatial embodiment is however but one aspect of broader holistic projects. In 2015, she founded Atypie to co-create, through Design Thinking, experiences that bring together strategy, space, service, product, discourse and/or device. 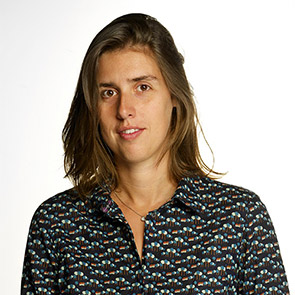 Having completed his training at the Penninghen School of Artistic Direction and Interior Design in 1998, Stéphane Blanc became an artistic director, a freelance designer and an entrepreneur in the field of interior decoration. At Ada Lovelace, he supervises archidesign to assist corporate, retail and product brands in their deployment at physical contact points with their customers. The coherence of user experience and the need to share a story with customers structure his approach. Surrounding himself with architects, designers and technical offices experts, he assembles for each project the perfect team to deliver sustainable, adaptable and successful solutions. 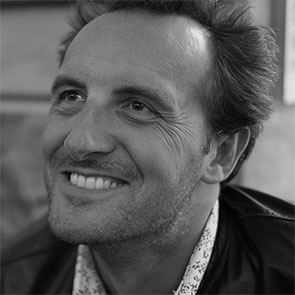 Florent Jaouali is an ergonomist and a practices sociologist trained at Nice-Sophia Antipolis. He studies the "user - artefact" duality to understand the multiple interactions at play. He puts in practice social sciences, ergonomy and cognitive sciences to create suitable devices to users. To that end he combines diverse creative, collaborative and iterative methods: Design Thinking, User-Centered Design, Agile Methodology, Lean Startup and Lean UX. 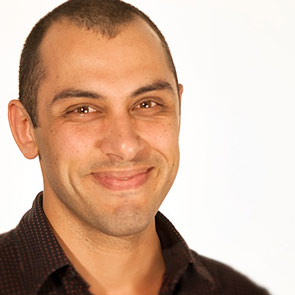 With a ESIEA degree, Carole started her career in software development and later specialized in critical services operations management. Today a certfied ITIL® consultant, she focuses on the operational enhancement of online infrastructures. She intervenes in projects from their inception throughout their lifecycle.
Her areas of expertise range from permanently solving major incidents to crisis prevention, to installing performance indicators and setting up a strategy for service continuity. 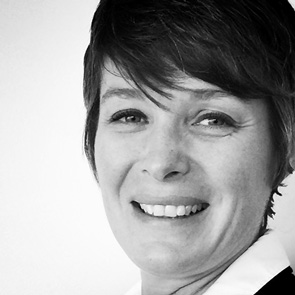 Trained in graphic design, Gilles started his career in DA printing. Following his involvement in multiple digital projects, he decided early on to devote his talents to digital design, before joining the design studio Ultranoir between 2007 and 2013. This experience enabled him to develop his creativity and further his knowledge in animation, visual identity, UX/UI, webdesign, wireframing and mobile applications programming. He notably works for Dior, YSL, Diesel, Richard Mille, Withings, among other prestigious brands, both in initial definition and in design.
The quality of his work earned him multiple awards (Awwwards, FWA, Webby Awards...). 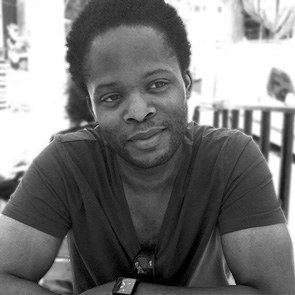 Ada Lovelace brings together a range of consumer- and user-oriented skills: